Garrett Oliver is the brewmaster of The Brooklyn Brewery, the author of The Brewmaster’s Table, and the Editor-in-Chief of The Oxford Companion to Beer (Oxford University Press). In 2014 Garrett was the recipient of the James Beard Foundation Award for “Outstanding Beer, Wine, or Spirit Professional.” One of the founding board members of Slow Food USA, he later served for five years on the Board of Counselors of Slow Food International. Garrett has been bridging the worlds of beer and food for more than two decades, having hosted more than one thousand beer dinners in 17 countries.  He is a particular champion of beer as the most versatile beverage for culinary pairings.

He has hosted tastings and talks for many cultural institutions, including The Smithsonian Institution, National Geographic and the American Museum of Natural History. He has also hosted beer dinners at many of the world’s great restaurants, including Eleven Madison Park, Per Se, Noma, and Matsalen (The Grand Hotel, Stockholm). In the United States, Garrett has made numerous radio and television appearances as a spokesman for craft brewing.

Thank you for contacting us! If needed, you will hear back within 48-72 hours. 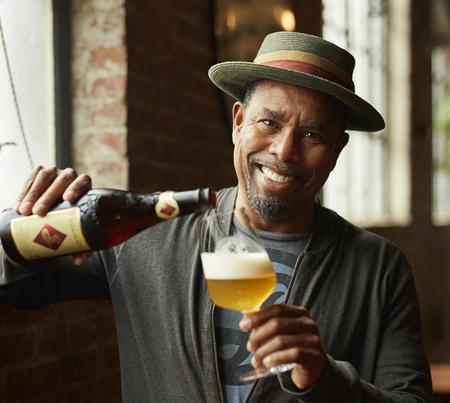 Garrett’s most recent book is The Oxford Companion to Beer (OCB), published in October 2011 by Oxford University Press. Compiling the vast knowledge of 166 experts in 24 countries, covering 1,120 subjects, The Oxford Companion to Beer is the most comprehensive book ever published on the subject. The OCB was the top-selling book for Oxford University Press USA in 2011. Amazon.com named the OCB one of the “Best Books of 2011”. Calling the OCB “a treasure trove”, the New York Times said, “The Oxford Companion to Beer is a definitive resource not just for beer enthusiasts but for amateur brewers, professional brewers and the thousands of restaurants that serve great beers but are staffed by people who may know little about them.”

Garrett is the recipient of the 1998 Russell Schehrer Award for Innovation and Excellence in Brewing, granted by the Institute for Brewing Studies (now the Brewers Association). It is the highest honor given within the United States brewing profession. He is also the recipient of the 2003 Semper Ardens Award for Beer Culture (Denmark). In 2007, Forbes named him one of the top ten tastemakers in the country for wine, beer, and spirits.

While Garrett does travel widely, his main day-to-day focus is on the recipes, procedures, innovation and overall quality of beers produced at Brooklyn Brewery and at its sister breweries Nya Carnegiebryggeriet (New Carnegie Brewery) in Stockholm, Sweden, and E.C. Dahls in Trondheim, Norway.

Garrett is a graduate of Boston University and holds a degree in Broadcasting and Film.